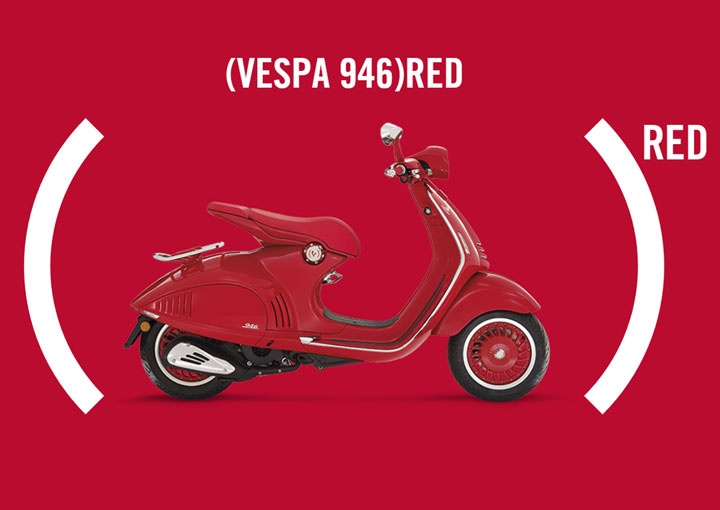 The Vespa 946 represents the evolution of style, complete with the creation of new lines that enhance the elegance of the original design. Artisanal and futuristic at the same time, the Vespa 946 is a symbol of our past modernised by a renovated design, attention to detail, and respect for the environment. The (VESPA 946)RED is the new chapter of a story of beauty, enthusiasm, commitment, and sensitivity. A unique story, just like Vespa.

Vespa is proud to be a partner of (RED)

A collaboration between Piaggio Group and (RED) has lead to the creation of (VESPA 946)RED, a red-clad Vespa scooter that fights HIV/AIDS with every purchase. Now, anyone who chooses a (VESPA 946)RED proudly joins Piaggio in helping to fight this deadly virus.

(RED) demonstrates the collective power of consumers to fight a preventable, treatable disease — AIDS. Founded by Bono and Bobby Shriver in 2006, (RED) was created to deliver a sustainable flow of money from companies to the Global Fund, to further the AIDS fight. It also generates awareness around the disease to keep it on the public agenda. In the ten years since its founding, (RED) has generated more than $360 million for the Global Fund impacting over 70 million people — 100% of that money has gone to finance HIV/AIDS programs on the ground in Africa.